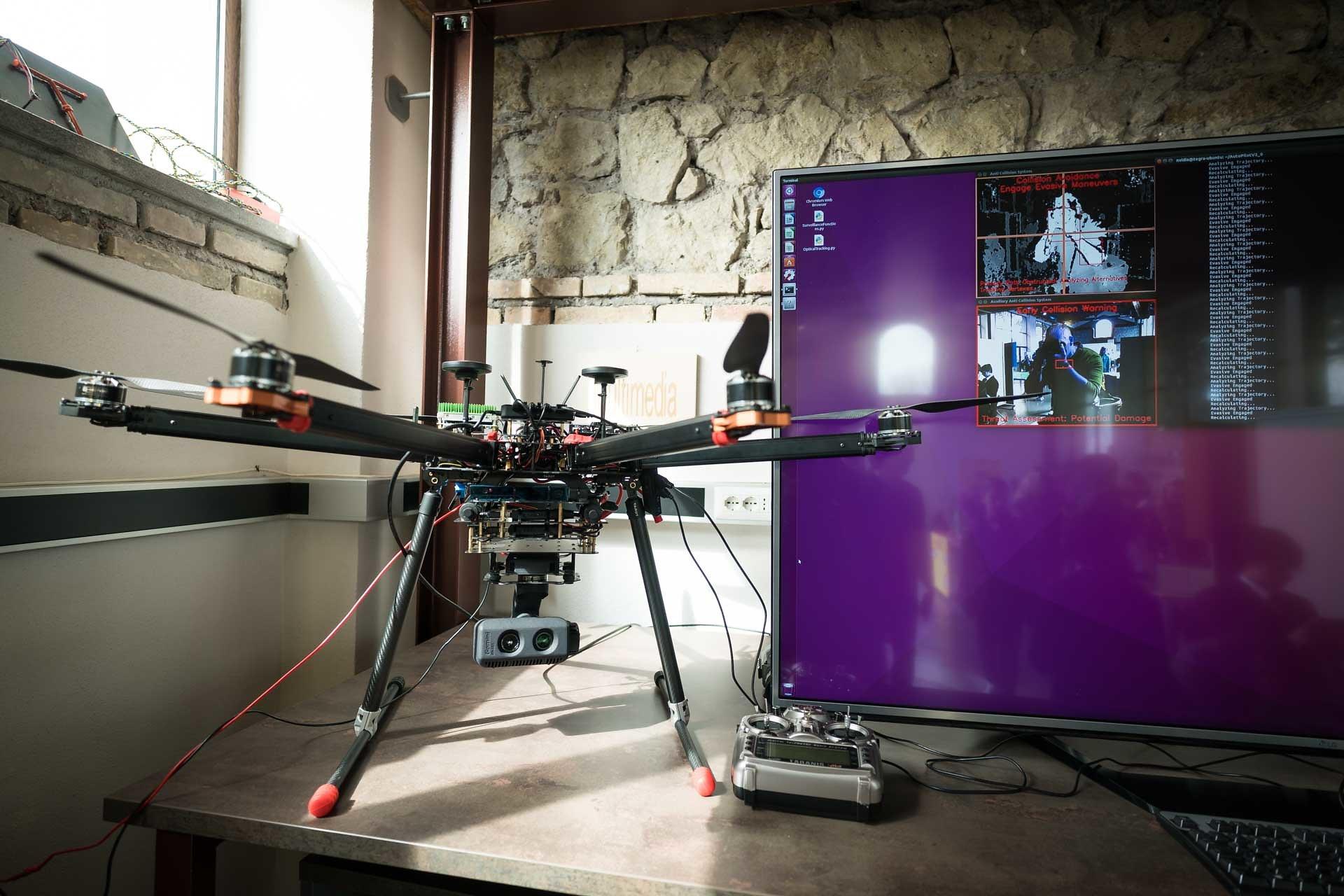 This is a completely autonomous Drone built for defense purposes. It has two anti-collision systems: one for obstacles within 8 meters, which uses an Intel RealSense R200 3D camera, and a long-range collision avoidance system, which uses an RGB camera to detect obstacles along its primary path and analyze alternatives. The drone has also a surveillance system with a radiometric thermal camera (FLIR VUE PRO R 640 30Hz) and an RGB camera, with 10x zoom: it can detect and track heat signatures, as well as use the optical camera to track anything, detect and recognize faces, detect people, cars and other vehicles, read plates. The system runs on the super computer nVidia Jetson TX2 (neural network), Linux based, and uses a Pixhawk 2 Cube flight controller. The software has been developed using Python as a programming language, OpenCV for image processing from the 4 cameras, MavLink and DroneKit to control and pilot the drone. The drone is capable of fully autonomous flight (GPS waypoints and/or following heat sources or other targets). It has two GPS antennas, a telemetry antenna, two wi-fi antennas, two radio antennas, one antenna for video transmission, retractable landing gear, etc.
Italy
WEB FACEBOOK 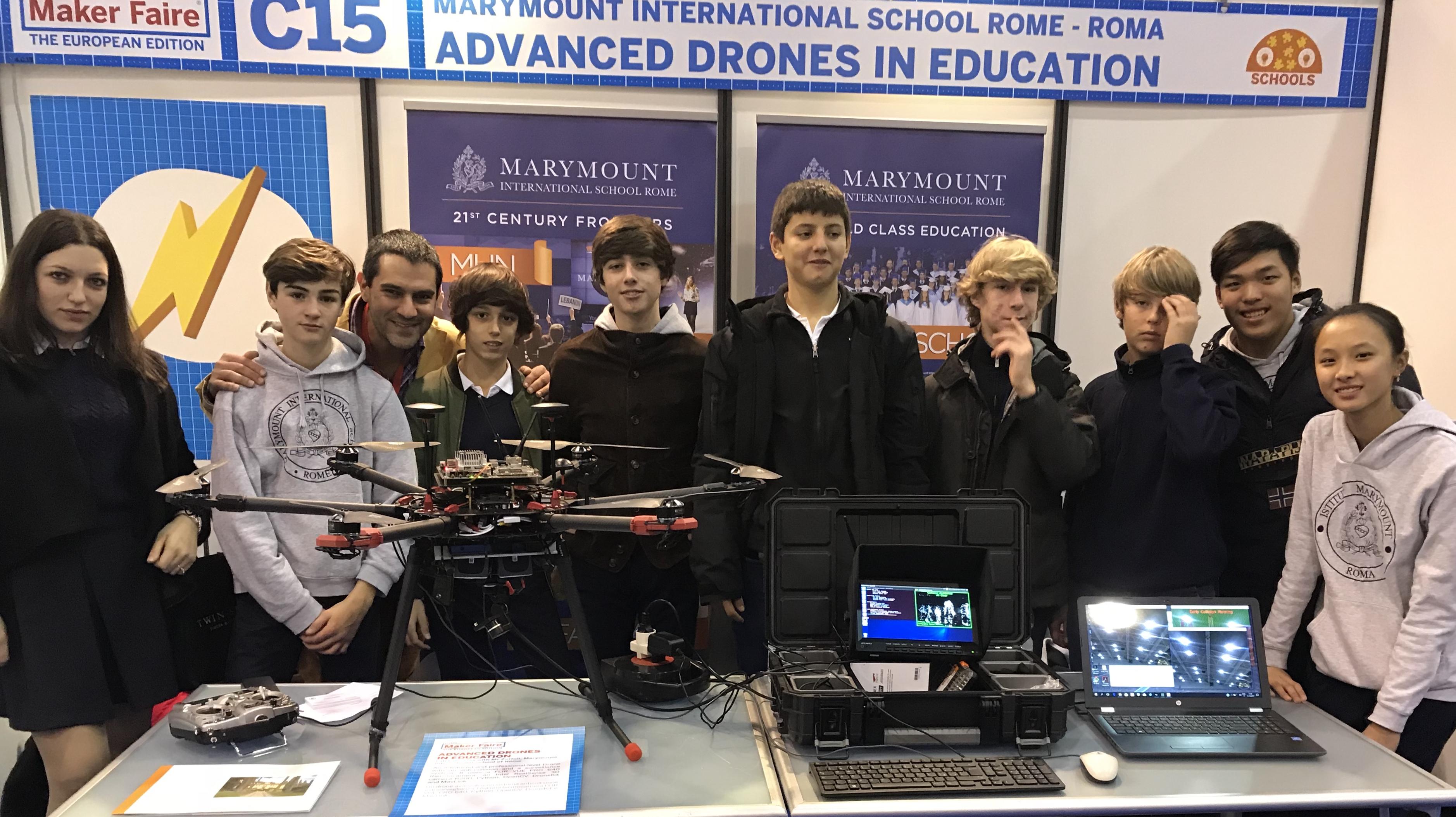 We are a High School class which meets every other day for more than an hour and works in the fully-equipped Fab Lab of our school. There are about 40 students in this group.
#3D printing #Drones #Education #Fabrication #Hacks #New Manufacturing #Open Source #Robotics #Science #Young Makers (< 18)
Stand A16 (pav. 9) - Marymount International School Rome
Back
Data updated on 2018-12-04 - 10.56.27 am