Gianmarco Merlini, musician and composer, will perform a piece that he composed for the piano; during the exhibition, the hArt robot will interpret and draw the performed piece on a canvas, through a software algorithm capable of encoding the musical notes.
The design will therefore be determined not only by the incoming sound input, but also by the characteristics of the surrounding environment, such as humidity, brightness, temperature and movement.
With this performance, the B.P.S. work group wants to communicate a new form of Abstract Art capable of blending music and the environment. 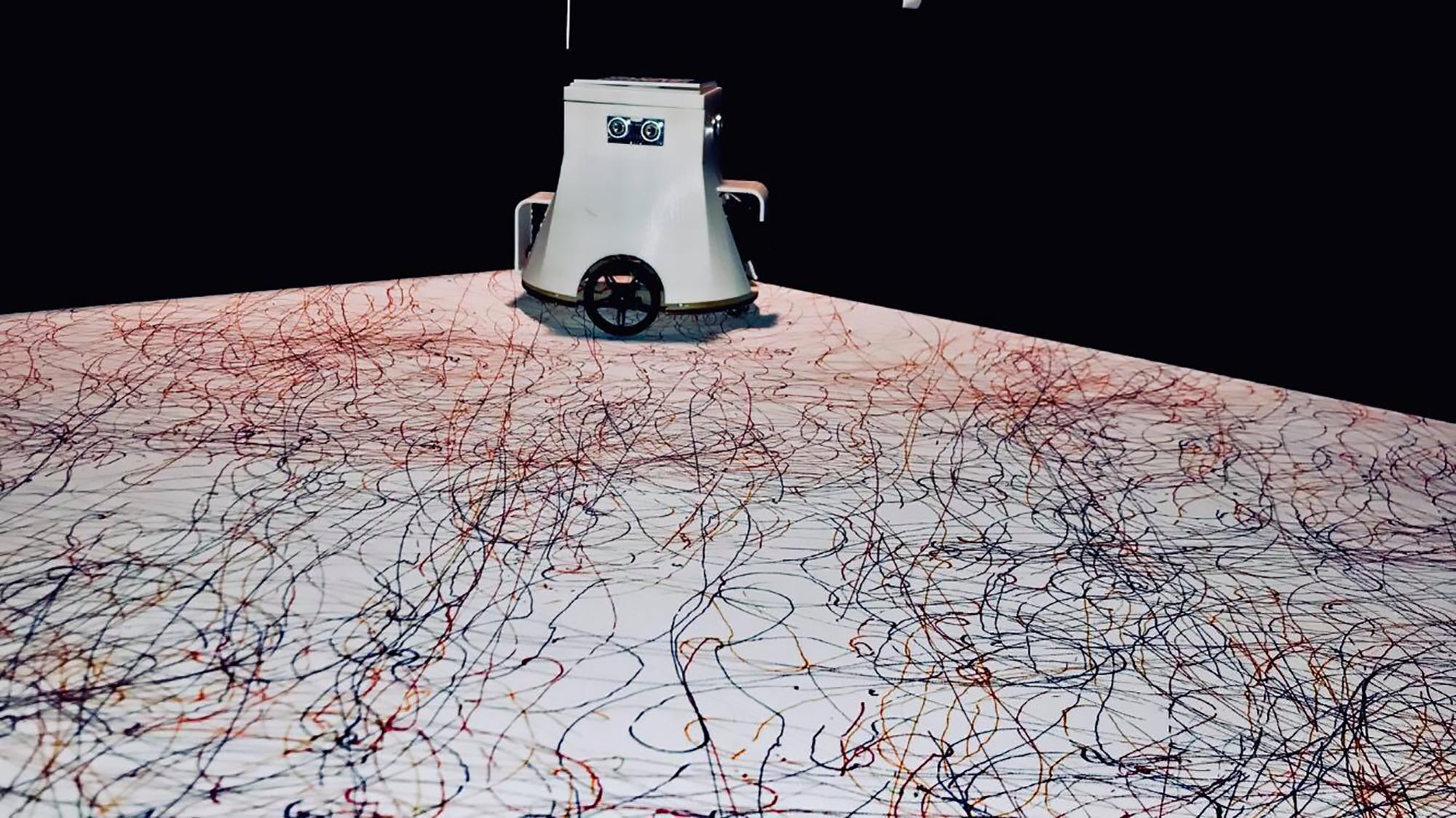 Gianmarco Merlini, an economist and musical composer, was born in Rome in 1992.  He graduated with honors in Economics from the Luiss Guido Carli University of Rome, and is currently employed by a multinational consulting company. He began playing the piano at the age of nine and his great passion in the study of classical and instrumental music led him to compose two musical albums (Limite Evanescente 2015 and Rugiada del Sole 2016) characterized by simplified but vibrant melodies, with the addition of romantic and emotional components. He has performed his songs in several concerts and from October 2017 to May 2018 he attended and passed the course "Preparing Space" at the Educational Music Academy in Milan, a musical academy founded and directed by Maestro Roberto Cacciapaglia. The intent at the foundation of his artistic expression is to succeed in "giving moments of pleasure in a fast, complex age, which leaves no room for moments of reflection".
FACEBOOK
Category Performance · Type Performance
#Arduino #Art #Music & Sound #Robotics
Back