MUSI-CO democratizes music composition: our AI MUSIC technologies range between
Instant-Non Specialised-Automatic-Music-Composition and the capacity of empowering musicians to augment their expressive capacities and degrees of autonomy.

Democratizing MUSIC does not mean simplifying music complexity and music varieties.
We let You decide

Our use of machine intelligence and machine learning implies that our Generative Music is rights-free., and this is not all. MUSI-CO will be a potential Assistive Composer for any breed of musicians, supporting their artistic skills and freeing their creative horizons.

__
Our 30-minute workshops:
1) Introduction of MUSI-CO’s AI philosophy and methodologies.
2) Understand and experience our technologies: live demos.
3) Hands-on: an invite to explore the potential of our Human-Musician-Machine interactions paradigms for the future.
4) Q&A. 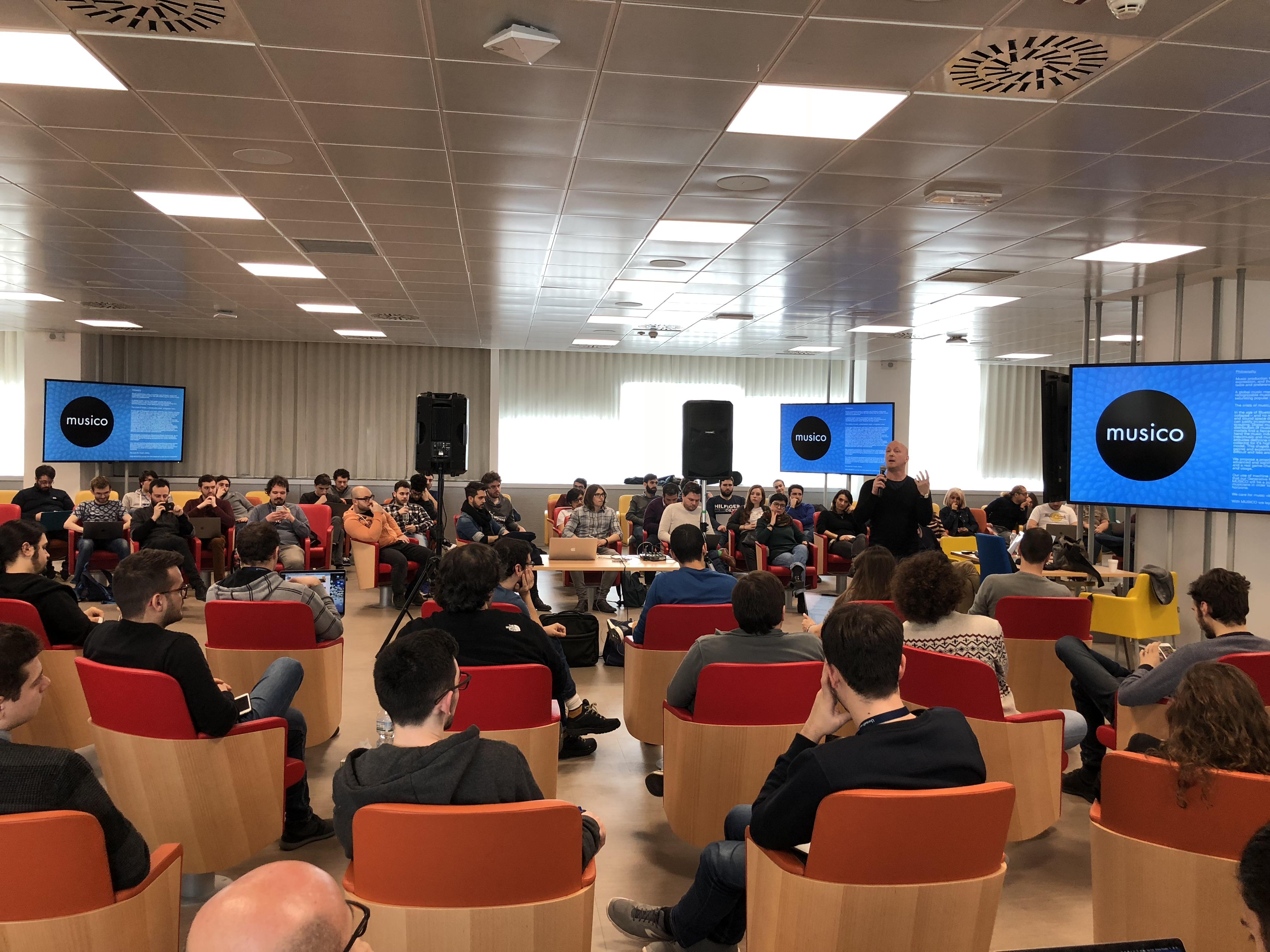 Marco is a computer science engineer focused on musical and audio technologies.
He holds classes at University of Rome “Tor Vergata” as an adjunct professor and academic coordinator of the postgraduate degree "Master MIS - Ingegneria del Suono e dello Spettacolo”.
In the last years, he has worked as software engineer for n-Track Software and co-founded Musica Combinatoria (Musi-co), an international startup focused on combinatorial music generation technologies taking deep advantage of the new paradigms of the A.I.
He is currently works Siri Language Engineer at Apple
__

Valentijn Borghuis is a logician and methodologist with a love of music and a keen interest in how it is made. After an M.Sc. in Philosophy (University of Amsterdam 1989), he came to Eindhoven University of Technology (TU/e) for an AI research program: first as a Ph.D. student (graduated 1994, Mathematics & Computer Science), later as post-doc and program coordinator. He was assistant director of the Institute for Programming research and Algorithmics, a national Dutch research school from 1998-2008. Currently at the Department of Industrial Engineering & Innovation Sciences, he is a project manager for educational innovation at the TU/e. Valentijn is a partner in MUSST and a founder of MUSI-CO.