For Maker Faire Rome event we will show the versatility of an automatic system designed for land environment. A prototype ROVER equipped with sensors for situation awareness and software for autonomous missions, will be presented by Green Tech Solution and Parthenope. The user will be able to define, program and memorize land missions having different degree of complexity. The planned missions will be executed automatically by the ROVER. Workshop participants will test step by step the whole procedure to perform an Autonomous Unmanned Mission in compliance with safety regulations. The final aim is to underline the advantages offered by this approach in terms of automation possibilities to increase processes efficiency in several application fields. To this end it will be asked to the attenders to imagine new and innovative applications for autonomous missions. 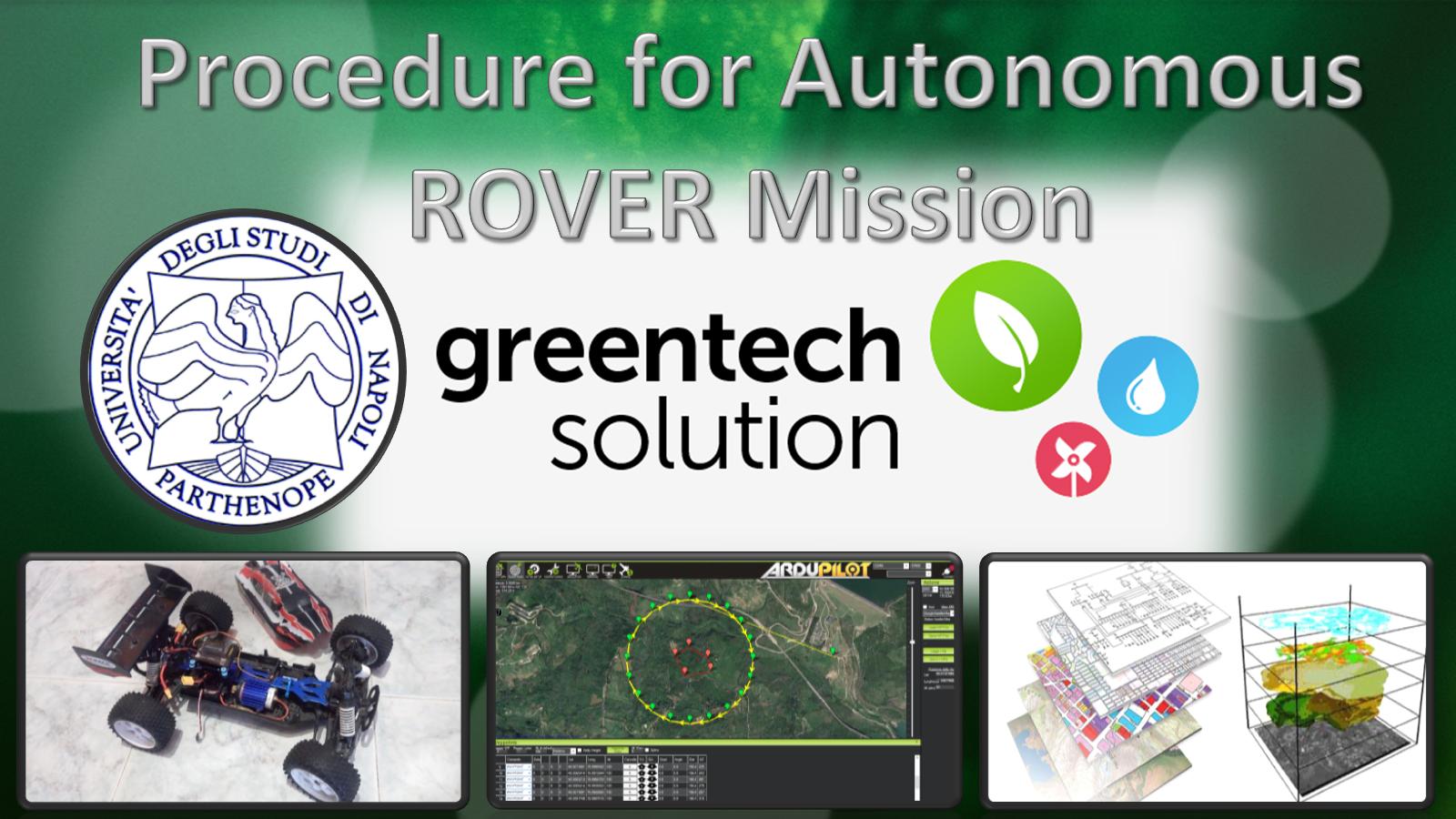 Emanuele Della Volpe, young Aerospace Engineer of the University of Naples Federico II currently research fellow at the Department of Science and Technology at the University of Naples Parthenope. For about three years I have undertaken an autonomous and independent research path on process automation technologies with a view to Industry 4.0 and unmanned navigation systems. A strong sensitivity on environmental sustainability issues has led to a convergence of research towards automation applications for environmental monitoring and controll. I then formalized the research path by setting up a development team and approaching the world of innovative startups.
The start-up team is made up of aerospace, automation and environmental engineers, graduates from the University of Naples Federico II. The confidence with the innovative technologies exploited in aerospace and automation has allowed the team to carry out large and depth assessments on the innovative technological aspects of the process automation idea.
The knowledge of aeronautical design criteria, as well as advanced sensors for data acquisition, and the proximity to concepts of engineering systems were the fundamental tools for the development of the first automatic systems. Today a growing study has led to operate in the three fundamental environments Land-Water-Air for several application.
Category Workshops · Type Workshop
#Internet of Things #Robotics #Future Tech
Back